A missionary became seriously ill one month before she was to return home for her furlough. On top of it all, the monthly check from her home church didn’t arrive, so she had no money for food or medicine. All she had in her apartment was a 50-pound sack of oatmeal. So for thirty days, that was all she ate.

And as she ate her oatmeal every day for a month, she cried out to God. “Lord, here I’ve been serving you faithfully on the mission field for years, and you said you would supply all my needs. Why have you allowed this to happen to me? Why didn’t you send me any money? Why didn’t you give me real food? Even the poorest people in this city eat meat and vegetables. Is this how you treat your servants?”
END_OF_DOCUMENT_TOKEN_TO_BE_REPLACED 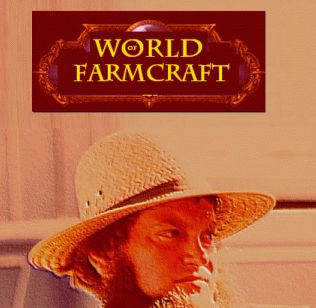 There you have it… from Bob Jones to Rome to gay rights… in just six degrees.

Question: You lead Congregation Shomer Negiah, but you’re also an accomplished banjo and harmonica player. How did you get involved in music?

“From my parents. When she was a teenager, instead of a picture of Elvis, my mother had a photograph of Shlomo Carlebach on her wall. END_OF_DOCUMENT_TOKEN_TO_BE_REPLACED

In my little town, where the local theater is called the Monoplex because it only shows one movie (“The 5,000 Fingers of Dr. T“), I’ve become good friends with the rabbi at Congregation Shomer Negiah, whose synagogue is off the expressway behind a grove of trees. END_OF_DOCUMENT_TOKEN_TO_BE_REPLACED

One day, as I watched the automatic gate close at my apartment complex, my mind wandered to other institutions that feature security gates. There is one in Huntsville, Texas, and one in Leavenworth, Kansas, for example. It helped me realize there is a difference between security and freedom. So I created a secure, gated community poster, to illustrate my point. I don’t live in a gated community anymore.

In America, as many as 80% of fourth-grade girls are on a diet, even though only one quarter of them are overweight. In other countries, many people would love to get their hands on some good high-calorie food. That was the inspiration for this Lose Weight Fast – Ask Me How poster. Of course, World Vision is not responsible for this attempt at humor, even though I put their phone number on the poster. Hmm, I wonder how much it would cost to open a Weight Watchers franchise in Sudan….

My uncle, who is politically-attuned (read: fanatical to the point of insanity and I still love him), just found out that his favorite former Presidential candidate Dennis Kucinich is a Vegan. Vega is a bright star in the constellation Lyra, 25 light years away. Possibly John Dean is an Andromedan.

My Methodist-Buddhist uncle asked if I would watch my grandma for a few hours so he could go out tonight to hear a llama speak. I complimented him on his interest in Peruvian culture. I was teasing him. He meant a lama, a Tibetan lama. A talking lama.

As Ogden Nash once wrote,

A one-l lama, he’s a priest.
A two-l llama, he’s a beast.
And I will bet a silk pajama
There isn’t any three-l lllama.

Be that as it may, I personally have never heard a talking lama or a talking llama.